About the Ontario Tree Seed Plant

In Angus, Ontario, there is a facility run by the Ontario Public Service called the Ontario Tree Seed Plant. This plant is a gem within the Ministry of Natural Resources and Forestry that many Ontarians may not know about – but we all benefit from it every day.

A handful of highly-trained technicians and support staff at the plant – OPSEU members – extract, store, clean, test and distribute billions of tree seeds every year, including 50 native species to our province. This is highly-specialized work, and there is only one facility in Ontario that does it.

Our members store and supply seeds commercially to nurseries, forestry companies, provincially-funded tree planting programs, and individual consumers across the province and from around the world. Our members play a vital role in promoting the viability, biodiversity and resilience of Ontario’s forests.

Inexplicably, the previous Liberal government decided to shut down the plant as of September 2018, without consulting the community, industry stakeholders, or environmental groups. Their plan was to turn the vast commercial services performed by the Ontario Tree Seed Plant to the private sector.

The problem is, the private sector is not equipped to do this work. Forcing commercial industry to reinvent the wheel and create their own duplicate facilities makes no sense. Ontario is currently well-served by this efficient and publicly-run plant, which has been doing this work for over 90 years.

The Ontario Tree Seed Plant can still be saved

OPSEU members from the Northeast Area Council in Region 6 put forward and passed a resolution at the 2018 OPSEU Convention to lobby the government to keep the Ontario Tree Seed Plant open. They understand the importance of this plant, not only to the community in Angus, but to the entire province and our forests.

In a promising turn of events, the new Minister of Natural Resources and Forestry, Jeff Yurek, has announced a review of the closure and has committed to consulting with the public and stakeholders. If the government reverses course now, the Ontario Tree Seed Plant can be saved. OPSEU looks forward to participating in this review, and sharing our members expertise and ideas for continuing to run the plant efficiently within the Ministry of Natural Resources and Forestry.

OPSEU leaders and concerned members across the province are disappointed by the Ford government’s decision…
December 12, 2018 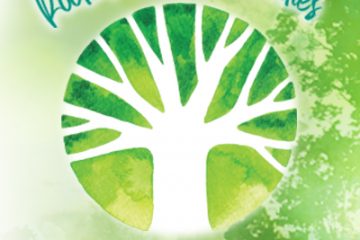 OPSEU rallies to save the Ontario Tree Seed Plant

OPSEU Local 313 hosted a rally and family barbecue on Saturday in Angus to boost…
July 24, 2018

In response to the Minister of Natural Resources and Forestry Jeff Yurek’s welcome announcement that the…
July 19, 2018

President Thomas to Minister: Save the Ontario Tree Seed Plant!

In Angus, Ontario, there is a facility run by the Ontario Public Service called the…
July 6, 2018