Nursing is an extremely challenging profession. But when you’re a nurse in Ontario’s correctional system, it demands even more of you.

It requires massive doses of courage, stamina, awareness, interpersonal skills, compassion, understanding and dedication. A correctional nurse brings a holistic vision to their practice, because they are treating more than an ailment – they’re diagnosing the whole person, who usually comes with a very troubled personal history.

Unfortunately, given the crisis in corrections – a crisis caused and escalated by successive Liberal governments – being a corrections nurse in Ontario is more challenging than ever. Jails are almost literally bursting at the seams. Lockdowns – which create barriers to care – are becoming the norm, rather than the exception.

Overcrowding and isolation have made the prison population even more volatile and unpredictable. Liberal government cuts to mental health have made the incidence of addictions and mental health issues among inmates skyrocket. Some estimates put it at 50 per cent or more.

And there are simply not enough nurses to meet the growing demand.

It is against this explosive backdrop that a group of correctional nurses from across Ontario gathered at OPSEU head office on July 13 to participate in the union’s first-ever Correctional Nurses’ Forum. Over the course of day, they shared their experience of health and safety, mental health, burnout, training and development, workload, lockdowns, inmate care, and more.

Above and beyond these issues, which are constants for nurses within the province’s corrections system, they laid out plans for a campaign to put correctional nursing squarely on the crisis in corrections agenda. Because while questions of overcrowding and understaffing figure prominently, until now scant attention has been paid to the particular concerns of correctional nurses.

OPSEU First Vice-President and Treasurer Eduardo (Eddy) Almeida welcomed the nurses and supported them in their work and their awareness campaign.

“I’m honoured to be present at this first-ever forum for correctional nurses,” he said. “Nurses are the very backbone of health care in our correctional system. And health care is absolutely critical to inmate safety and rehabilitation.

“It’s a gross understatement to say that correctional nursing is challenging,” continued Almeida. “It’s much more than that. It’s a unique and rare vocation to caring for individuals on the furthest margins of our society – people who are at once the most vulnerable and the most dangerous.

“Our correctional nurses need and deserve all the support we can give them,” he concluded. “OPSEU fully recognizes their indispensable contributions to Ontario corrections and appreciates their many legitimate concerns. They can rest assured that correctional nursing will figure prominently in our discussions with the government on easing the crisis in corrections.”

Monte Vieselmeyer, chair of OPSEU’s Corrections Division, made a point of participating in the forum and supporting the nurses.

“Holding an all-day forum for correctional nurses is an excellent start to bringing this special group of people together,” Vieselmeyer said. “We’ve laid the foundation for a significant awareness campaign, and we’re going to build on it.

“There are a lot of issues that fall under the umbrella of the crisis in corrections, but it’s very important that we recognize and focus on nurses’ issues,” said the corrections chair. “They’re a key group of members among those working in our institutions.

“I know they’ve experienced a great deal of frustration in dealing with the employer, as we all have. I believe tying their concerns to the larger crisis in corrections is going to bring some much-needed – and long overdue – solutions for these exceptional professionals.”

The nurses will reassemble in October to continue their work on the awareness campaign.

All gains, no losses! 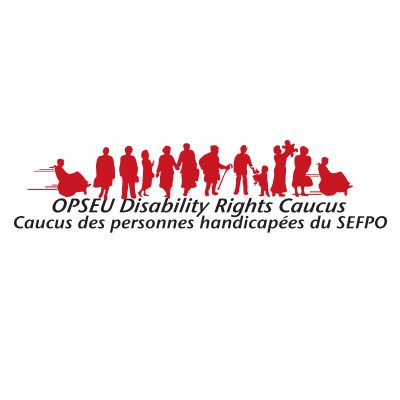