We Own It Weekly: Help save the seed plant!

In Angus, near Barrie, there is an incredibly important facility called the Ontario Tree Seed Plant. It’s a gem within the Ministry of Natural Resources and Forestry that many Ontarians may not know about – but we all benefit from it every day. 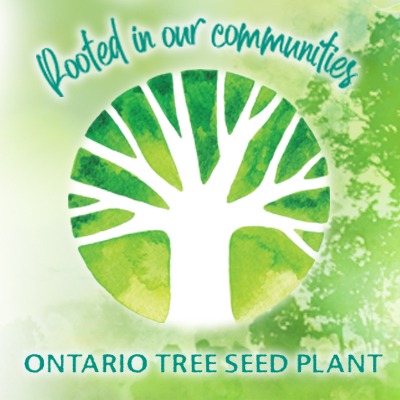 A handful of highly-trained technicians and support staff extract, store, clean, test and distribute billions of tree seeds every year, including 50 species native to our province. This is highly-specialized work, and there is only one facility in Ontario that does it. Their work benefits the public, and also private nurseries and forestry companies.

Inexplicably, the previous Liberal government decided to shut down the plant as of this September. Their plan was to turn the vast commercial services performed by the Ontario Tree Seed Plant to the private sector.

But as CTV News reported, the private sector is not equipped to do this work. Forcing commercial industry to reinvent the wheel and create their own duplicate facilities makes no sense. Ontario is currently well-served by this efficient and publicly-run plant, which has been doing this work for over 90 years.

Before the election, Simcoe-Grey PC MPP Jim Wilson spoke out against the closure numerous times in the local media and in the Legislature. Premier Doug Ford also committed during the election campaign to review the closure of the plant.

If the government acts now, the Ontario Tree Seed Plant can be saved. The plant is still fully operational, but time is of the essence.

To help Save the Seed Plant, a rally and barbecue is taking place on Saturday, July 21, at 11 am at Angus Community Park, 6 Huron Street, in Angus.

Please spread the word with your friends and family!

Just before Canada Day, the Ford government quietly killed off OHIP+, the universal drug plan for Ontarians younger than 25.

It was a blow to all but the richest Ontarians. According to Public Health professor Steve Morgan, it was “neither progressive nor fiscally responsible.”

Writing in The Huffington Post, Morgan lists the Top 4 reasons why we should be opposed to this privatization:

29 years after it was privatized, the British “Splash Mob” campaign is calling for the country’s water industry to be made public again, without any compensation to the corporations controlling the industry now.

“The water companies don’t need to be compensated because they’ve had enough: They were given [the water industry] debt free, and since then they’ve dodged tax, while polluting the rivers and our environment,” said UK We Own It director Cat Hobbs in Left Foot Forward.

“If anything, we the public should be compensated for what’s happened – it’s been an absolute disaster.”

Since water was privatized, bills have increased by 40% in real terms, while it is estimated that public ownership of water would save each household in England £100 a year. Water is already in public hands in Scotland.

The ‘SplashMob’ campaign is backed by Compass, the GMB, the New Economics Foundation, TNI, Unison and Unite.

Every week, OPSEU’s We Own It campaign publishes a newsletter called The We Own It Weekly. It’s a round-up of news and information about the growing movement to protect communities from privatization.

Much of our world needs ‘building forward together’

Much of our world needs ‘building forward together’