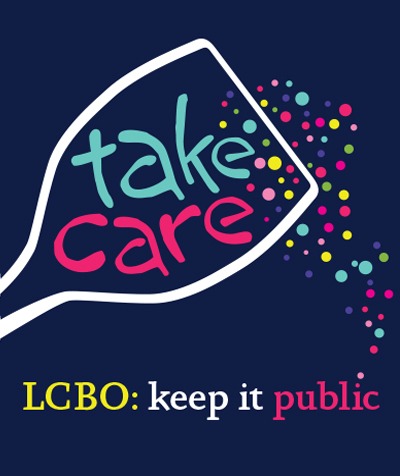 Message from the chair

Since Doug Ford and his Tories took power last June, we’ve had a bumpy ride – and the road ahead doesn’t look any smoother.

During the election campaign, Ford vowed to make beer and wine available in corner stores, big-box stores and more grocery stores. This amounts to a further partial privatization of the LCBO – one begun by the Wynne Liberals. However, we’ve heard very little since the election.

But OPSEU is certainly not waiting around for an official announcement. In fact, we’ve upped the pressure on this government to curb any expansion of alcohol sales to the private sector. We’re telling the government and communities across the province that alcohol in corner stores poses a serious threat, particularly when it comes to vulnerable individuals, and particularly our kids.

And while the social costs will soar, public revenues will go in the opposite direction as profits go into private pockets instead of into building schools, hospitals and infrastructure.

The government and Ontarians should remember that the LCBO funds public services to the tune of some $2 billion annually. The sale of the LCBO to private interests would be killing the goose that lays the golden eggs. This valuable asset belongs to the people – not to a government eager to make its wealthy friends even richer.

But your union can only do so much. Frontline workers must do their part to prevent any privatization of the LCBO, whether partial or complete. Here are some things you can do to help:

First, create and participate in the information pickets that locals have organized and will continue to organize. Tell LCBO customers the LCBO belongs to them and to every Ontario resident – and it should stay that way. Remind them how much we trust it to keep our kids and communities safe. And don’t forget to remind them to “take care this holiday season.”

Second, contact your MPP at keepitpublic.ca. It’s so easy! Just click on your riding and a pre-written email opens up. Type your name at the bottom and press send. That’s it!

This is the season for many of us to gather with loved ones and friends over a glass of wine. It’s a great time to let them know that the LCBO is threatened – and that it’s in everyone’s best interests to help keep it public.

Finally, I’m pleased to announce that our new collective agreements are finally available. They’ll be delivered to all workplaces over the next two weeks. I appreciate your patience.

I want to wish each and every one of you a joyous and safe holiday season. Take care – and see you in 2019!

President praises the LCBO and LBED workers in media interview

Warren (Smokey) Thomas is making sure the government gets the message that the LCBO belongs to all Ontarians – and must stay public.

He hammered that point home in an interview with Toronto’s CP24 all news channel on December 7.

The President expressed concern that Doug Ford would sell the LCBO and/or that he would expand wine and beer sales to corner and big-box stores. “Frankly, every scandal in this province with taxpayers’ money has involved privatization schemes – every scandal,” noted Thomas.

He also pointed out that because of an agreement with the big three breweries that run the Beer Store, corner stores cannot sell beer until 2025. In other words, it’s yet another case of promise made, promise broken on Doug Ford’s part.

Thomas went on to speak of the warm reception that information picketers have been receiving from the great majority of customers they’ve spoken with – even though the weather was decidedly colder. He referred to it as “singing to the choir.”

Thomas praised LBED members for the “wonderful” job they do and underscored the invaluable social responsibility role they play in their communities – helping to keep them safe and stopping minors from buying alcohol.

The President said most people want it to stay that way, citing a recent Nanos poll that shows Ontarians are 12 times as likely to trust the LCBO over private stores in terms of keeping alcohol out of the hands of kids.

Points to help talk to customers and media

We’re counting on our members to participate in the numerous information pickets that are being held in every corner of the province. Given the enormous threat of privatization by this government, we need to get the message out – loud and clear – that the LCBO is the tried and true way of balancing access to alcohol with social responsibility.

And we need to remind every Ontarian that the LCBO belongs to us – it’s not the Conservative government’s to privatize or sell off.

But it’s not always easy to express what you feel and what you believe – especially if you’re a bit nervous and the weather is cold. So below are some handy answers you can read over before you join your co-workers on the information lines. The more you study them, the easier it will be for you to talk – and the more convincing your message will be.

Why are you holding this picket?

How will expanding alcohol sales to private stores undermine the good things about the LCBO?

Don’t you just care about your jobs?

What are you asking the public to do?

If this seems like an awful lot to remember, then here’s the Cole’s Notes version!

As information pickets have taken place, we’ve been receiving images of our members from communities across Ontario. Click here to access our photo library.

Be sure to take good-quality photos of your own info pickets and send them to thumphries@opseu.org. We’ll keep adding to the library as we receive them. Don’t forget to note your local and the location where the photos were taken.