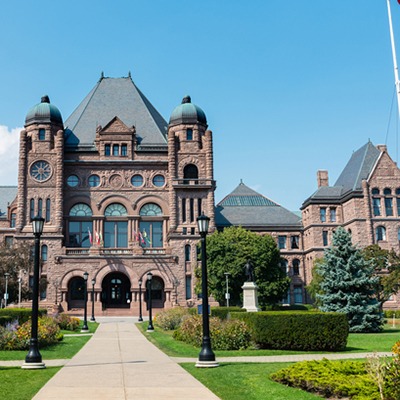 Toronto – The Police Association of Ontario and both opposition parties have joined OPSEU in urging the provincial Liberals to abandon any plan to download the prosecution of the most serious non-criminal provincial offences, known as Part III offences, to municipalities.

Bill 177, the Stronger, Fairer Ontario Act, passed last December, allows the province to move the prosecution of offences, such as careless driving, hit-and-runs, sex offender registry violations and serious motor vehicle collisions, including tractor trailer rollovers, from the Ministry of the Attorney General to municipalities.

In his letter to Premier Kathleen Wynne, Warren (Smokey) Thomas, President of OPSEU, said he was “deeply concerned” about the new legislation. “People who prosecute Part III offences with very serious penalties up to and including imprisonment should be employees of, and directly accountable to, the Ministry of the Attorney General,” he wrote.

Others are also speaking out about the possible download, including Police Association of Ontario (PAO) President Bruce Chapman. In his letter to Premier Wynne, he wrote, “The PAO strongly believes that the prosecution of Part III offences should remain with the Ministry of the Attorney General in order to preserve and foster public safety, accountability, transparency and justice.”

Bisson said Wynne is “at it again,” following in the footsteps of former Premier Mike Harris, who infamously downloaded many public services onto municipalities. The MPP for Timmins-James Bay represents a large number of northern municipalities and warned many could not assume the fiscal burden.

“We have the expertise within the provincial count system. We know how to do it well,” Bisson said. “Downloading that onto a municipality that may not have the resources to do it is problematic from a legal prospective, but also a fiscal perspective.”

“Nobody outside this government approves of the download of justice: not the police, not the opposition, not the prosecutors and certainly not me,” said Thomas. “It’s absolutely the wrong thing to do. The due process of law in Ontario should not, and must not, be relegated to a patchwork of municipal governments.”

PSWs: An indispensable pillar in our health care system

PSWs: An indispensable pillar in our health care system

Eight days in – and bargaining continues…

Eight days in – and bargaining continues…