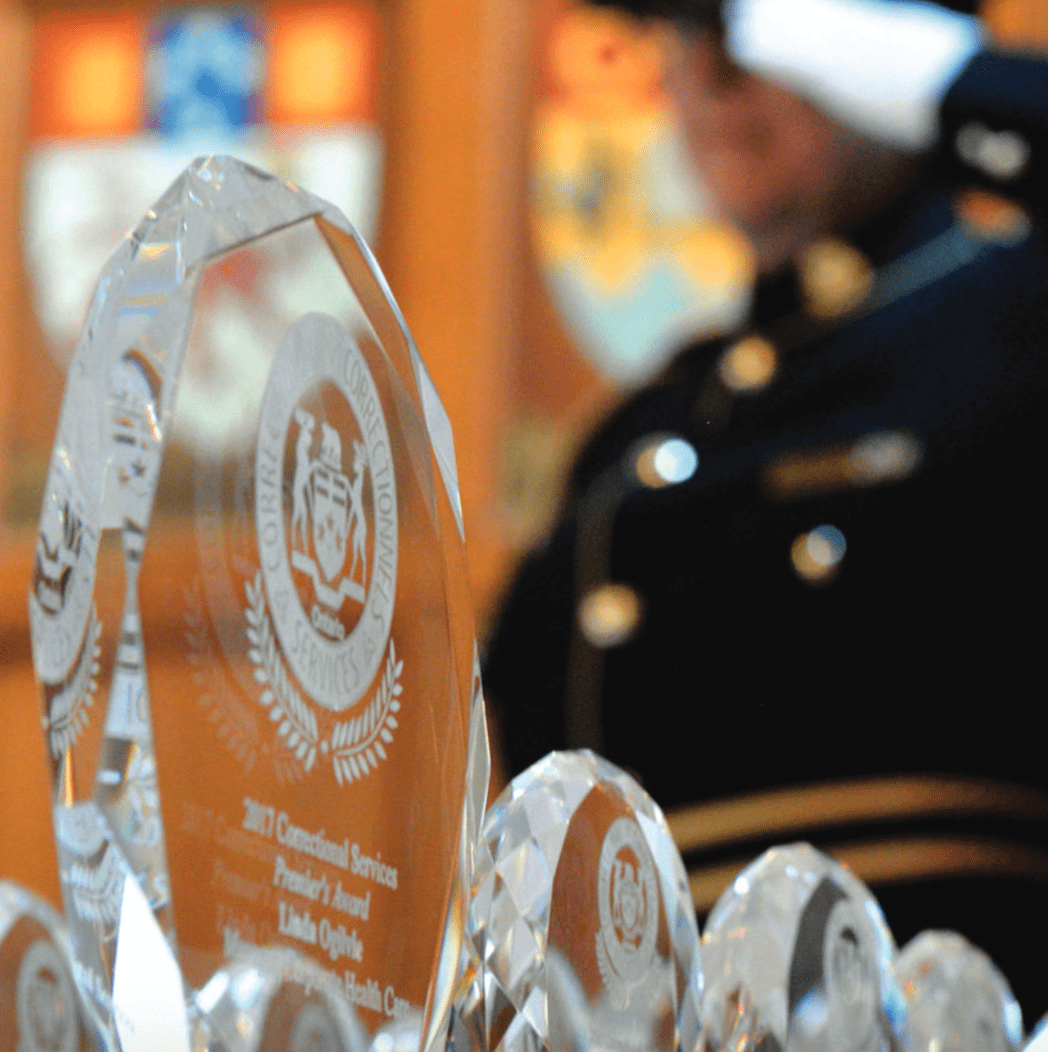 “Setting aside a week every year to commemorate the incredible work and service of our courageous correctional members is very appropriate and very important,” said OPSEU President Warren (Smokey) Thomas. “Like other first responders, they risk their lives every day they go to work. Tragically, some have not returned home at day’s end. We need to recognize those who have lost their lives and the countless others who have suffered injury while protecting us from harm.”

Since last year’s recognition week, correctional workers have witnessed a large victory, with the province covering adult and youth probation officers, probation and parole officers, and provincial bailiffs under the presumptive legislation with respect to post-traumatic stress disorder (PTSD).

This year’s ceremony was particularly significant and moving, as the beautiful new monument to fallen corrections workers, “Hours of the Day,” was unveiled.  Union and government representatives, as well as members of the public, gathered once again to honour correctional officers who have fallen in the line of duty.

“Of course, we should be recognizing correctional workers every day and this memorial next to Queen’s Park gets us closer to that recognition” said Eduardo (Eddy) Almeida, First Vice-President/Treasurer of OPSEU, himself a correctional officer. “I hope every Ontarian walking by will reflect for a moment on the countless sacrifices correctional officers have made in service of communities across our province.”

Some 77 corrections staff also received awards in recognition of their distinguished contributions to correctional services. The awards included:

Click here to read the names of this year’s honourees.

“I warmly congratulate the OPSEU members who received awards this year,” said Monte Vieselmeyer, Co-Chair of the Ministry Employee Relations Committee. “They bear further witness to the exceptional qualities of our correctional members and the public service that they provide.”

Thomas also extended his congratulations to the award recipients and he reminded the government it had just chosen to disregard another form of recognition – an appropriate level of compensation.

“Instead of negotiating a just wage with the Correctional bargaining team – one in line with other provinces and federal corrections – the government tossed the matter to an arbitrator,” Thomas noted.

“Symbolism is extremely important, and excellence deserves to be recognized. But these heroes also need to put food on their families’ tables. They deserve to be properly compensated.”