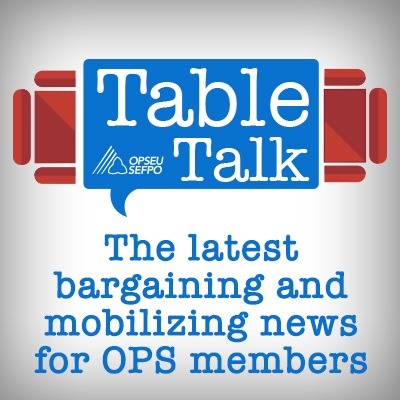 However, Burkett has affirmed a salary grid freeze in 2016 and 2017, consistent with the Unified collective agreement that was ratified last autumn.

In his award May 26, Burkett notes that to determine a special wage adjustment, salaries among classifications, both internal and external, must be compared. He concludes that Ontario correctional salaries have fallen behind when compared to the differential between police and correctional officers in other jurisdictions.

“Clearly, we’re disappointed with the size of the award, given the arbitrator’s recognition that our salaries have fallen behind considerably,” said correctional bargaining team chair Tom O’Neill. “We’re especially disappointed with the application of the freeze on wage progression. It’ll be a hardship for members who haven’t reached the top of the grid.

“However the arbitrator’s decision is a start to better align corrections division salaries with those of other Canadian jurisdictions. It documents the need for catch-up adjustments in subsequent rounds.

“The team will be in discussion with the employer on a number of outstanding issues, such as implementation,” O’Neill continued. “We’ll get back to members with details just as soon as we have clarification.”

OPSEU President Warren (Smokey) Thomas said the award was not what he had hoped for, but that the crisis in corrections campaign would continue until the government finally recognized the value of the dangerous and indispensable work that correctional and probation officers perform to keep Ontarians and their communities safe.

“Our correctional staff, both institutional and in the community, do incredible work in incredibly challenging workplaces,” said Thomas. “Their unfailing dedication and professionalism have saved Ontario’s corrections system from total collapse. They deserve our appreciation and just compensation.”