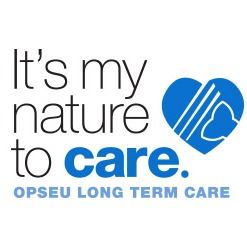 Joan worked for 23 years as a Personal Support Worker (PSW/HCA) in the long-term care sector. Since 2017, she has been employed as a Resident Care Clerk in Scheduling at the Allendale long-term care facility in Milton, Ontario. Joan has considerable knowledge of workplace health and safety issues – she has been the certified member on the Joint Health and Safety Committee in her workplace for more than ten years. Joan has proudly held the position of chair on the divisional executive for three terms, and has been a member of the executive for more than ten years.

I have seen how we have grown as a sector, but so too have our workplace issues. I, and all members of the executive, strive to provide the best service to the members of our OPSEU family and to work tirelessly for improved fairness, health and safety, and respect in our workplaces.

Shannon has worked as a Registered Practical Nurse (RPN) for 29 years in many facilities and settings. Currently, she is employed at Edgewater Gardens, a 64-bed long-term care facility in Dunnville, Ontario. Shannon is active in her local as president, unit steward, and representative on the Employer-Employee Relations Committee (EERC) and the pay equity team. Shannon proudly serves as vice-chair on the divisional executive, after having previously served as both vice-chair and treasurer (since 2011). She is also the treasurer of OPSEU’s RPN Occupational Division.

I look forward to working with a very diverse and knowledgeable executive. Over the years we have seen many challenges in long-term care: funding cuts, violence in the workplace, and some very negative media coverage. We will continue to face such challenges head on, and I look forward to representing our members, and advocating for those in our care.

Bill joined OPSEU in 2012, after successfully organizing his workplace. Since then he has been active in his local as steward, health and safety co-chair, and as a representative on the EERC. Bill is active on the Area Council and Labour Council, and proudly supports fellow workers by joining them on the picket line whenever he can. Most recently, Bill joined the divisional executive as secretary.

I encourage all members to step up, learn how to fight, and then join the fight – make no mistake, this is the good fight! The more voices that join in our song of solidarity, the stronger we are together.

Terri-Lyn has been working as a Health Care Aide (HCA) since 1986. Active in the union since 1999, she has been chief steward, secretary, and treasurer, and is currently the president of her local. Previously the secretary and vice-chair of the Long-Term Care Division, Terri-Lyn is now treasurer.

I have seen terrible changes in the quality and quantity of care provided to our aging population. Wait times are endless and the burden on loved ones is almost unbearable. I want to continue to be involved in improving the quality of life for our seniors.

Corrina has been working in the long-term care sector for more than 25 years. Currently, she works in housekeeping at Hillcrest Village, a 164-bed facility in Midland, Ontario. Corrina is the President of her local, after many years as a steward. She is the current secretary on Area Council and sits on several other committees, including the EERC, Infection Control, and Health and Safety Certification – she remains highly involved in her workplace.

I have joined the DivEx in order to better educate myself, the membership and to spread awareness on the challenges we face on the ground, on a daily basis – that includes understaffing, physical strain, stress, burnout and more. My goal is to promote a healthier workplace and a better future for our aging population.

The truth about talcum

No standards for staffing ratios

Reminder to registered staff: ‘tis the season for license renewal!

It’s that time of year to renew your license with the College of Nurses of Ontario.

Please do not forget that you are also required to have Professional Liability Insurance (PLI). OPSEU has partnered with CGB Insurance to create an insurance plan for all regulated health professionals. For more information and to download an application form, please visit: http://www.cbggroup.com/OPSEU-EO-Program

This is a very simple and cost effective process, so make sure you are covered!

A response of OPSEU’s Long-Term Care Division to Bill 160, the Strengthening Quality and Accountability for Patients Act

The Ontario Public Service Employees Union (OPSEU) represents 130,000 members across Ontario including more than 3,000 long-term care home workers. We are deeply concerned about changes proposed in Bill 160. An omnibus bill with sweeping implications, Bill 160 would repeal, amend or enact more than 40 pieces of legislation. Most of the provisions of Bill 160 have undergone no public consultation. While we are concerned about the implications of several schedules as proposed under this legislation, OPSEU members working in long-term care are particularly concerned with the implications of Schedules 5 and 10 – amendments to the Long-Term Care Homes Act and the Retirement Homes Act.

Schedule 5: Proposed changes do not address the fundamental problem

Under Schedule 5 of Bill 160, there are a host of amendments being proposed that would minimize the use of confinement and clarify the rights of, and protections for, residents living in long-term care homes. This is a positive step.

While OPSEU is supportive, in principle, with restricting the use of restraints and the confinement of residents, the proposed legislative changes do not address or rectify the existing systemic issues, which have led to the widespread use of such means: understaffing, and a lack of appropriate resources and beds, among others.

Additionally, while the proposed changes are meant to clarify the rights of the resident and the circumstances under which they could be confined, it is a troubling that the term “confinement” itself has not been defined in the legislation. Rather, the definition is left to be passed by regulation. This is a questionable omission, considering that all amendments pertaining to the use of restraints are premised on that very definition.

Ontario’s long-term care sector is in crisis. Currently, Canada has the lowest care levels in long-term care among comparable economies, and Ontario has the lowest standards in all of Canada. As a result, residents are suffering and often confined for too long, making them more susceptible to premature incontinence and loss of mobility.

These issues are compounded by the proliferation of privately-operated homes. In fact, to see how privatization might impact our health care system more broadly, one need only look to Ontario’s long-term care home sector where residents are increasingly forced to pay massive out-of-pocket costs or face long wait lists in accessing publicly funded long-term care. Our province faces a deepening crisis as more of these facilities come under the ownership of a small handful of major private-sector corporations who cut corners by cutting staff, rationing supplies such as incontinence products, and reducing the quality of food.

In Ontario, the number of individuals waiting to access long-term care has exceeded 20,000 since the late 1990s. This includes residents as young as 18 years old. As more beds are cut from our community hospitals – including complex continuing care beds, which have been halved since the 1990s – patients are continually offloaded from hospitals and into long-term care homes “sicker and quicker.”

These severe cuts to services, combined with an aging population, have meant that staff are increasingly overworked, rushed and expected to do more with less, while patient acuity and the complexity of care is growing. This is dangerous, both for residents and staff alike. Nearly 84 per cent of those entering long-term care homes today have high or very high needs as a result of cognitive or behavioural problems; the result has been a dramatic spike in violent incidents.

According to reports from the Office of the Chief Coroner of Ontario’s Geriatric and Long-Term Care Review Committee, there have been 25 homicides committed by residents inside long-term care facilities in just the past four years. We raise this point not to stigmatize the residents, but to bring awareness to the real safety concerns of those living and working in these homes.

Ontario’s long-term care home residents and staff have been put at risk for far too long. The increased exposure to violence is the result of the growing complexity of care, limited availability of mental health resources, and too few staff to meet these demands. We know that resident care and well-being depends on a more humane approach, but our homes lack the appropriate number of staff to spend quality time and provide one-on-one care.

The amendments proposed under Schedule 5 do not recognize the dire need for additional resources, more staffing, supports for residents, and appropriate staff training to minimize exposure to these risks.

The Retirements Homes Act is a deeply problematic piece of legislation; from the outset it created a model of self-regulation for retirement homes, where there are fewer legal requirements than in the long-term care sector. As a result, retirement homes are cheaper to operate. This incentivizes for-profit providers to operate retirement facilities rather than long-term care homes, worsening bed shortages and the quality of care provided. Many individuals who require long-term care end up waiting in retirement homes that are not publicly funded, and where they are forced to cover all costs out of pocket.

It is important to note that retirement homes are not health care facilities. They are governed under the Tenant Protection Act. While Schedule 5 sets out to restrict the use of confinement, Schedule 10 does the opposite; it would allow unregulated, for-profit operators to confine residents. This would never be accepted in any other residential location, and should not be acceptable in retirement facilities. Furthermore, private, for-profit retirement residences should not be substituted for properly funded and staffed long-term care homes.

While OPSEU supports the effort to reduce the use of confinement, the government must also address the systemic underfunding and understaffing that has plagued Ontario’s long-term care sector.

Since the Casa Verde inquest, Ontario’s government has known that changes are needed. It was in 2004 when a coroner’s jury recommended sweeping changes to Ontario’s long-term care system, following the death of two men at a Toronto home in 2001. The jury made 85 recommendations including the need for more staffing, better training, and specialized secure units. To date, the recommendations have never been implemented.

OPSEU continues to push for improvements that include:

International Day for the Elimination of Violence against Women 2021

International Day for the Elimination of Violence against Women 2021