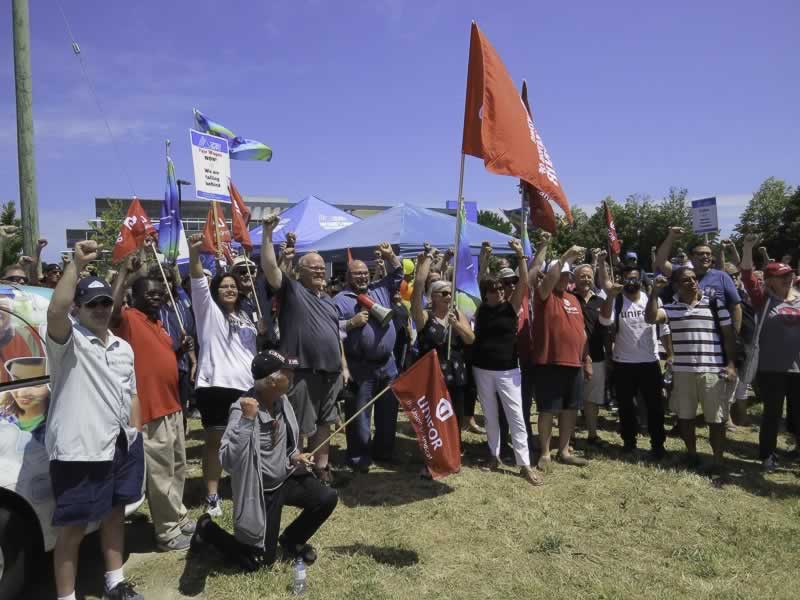 “There is nothing greater than seeing a large group of workers coming together to support those who are standing up to a greedy and unethical employer like this one,” said Almeida during the rally. 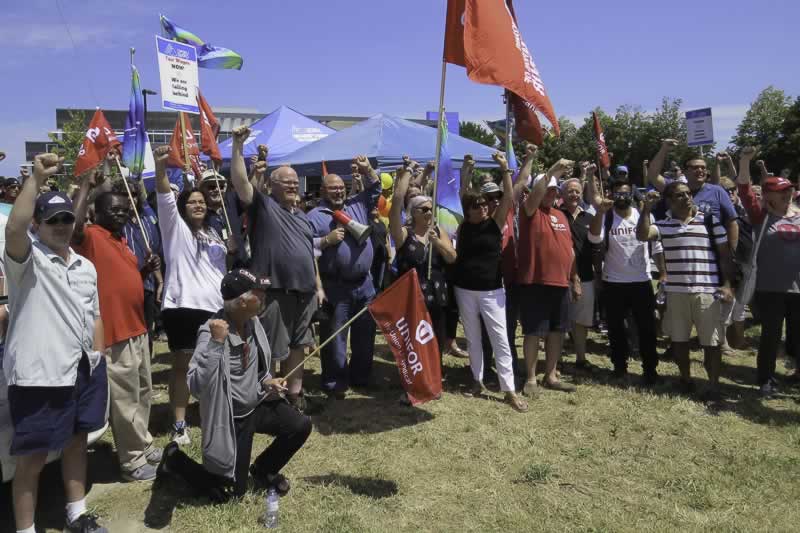 “These strikers are not alone in this fight – far from it,” said Almeida. “Look at this huge crowd – members from OPSEU, Unifor, the OFL, and OECTA are all here to say that workers from across Ontario stand together in this fight.”

The roughly 30 Local 276 members have been on strike from the FHO since May 22. They haven’t had a raise in four years, and are now facing a pension clawback.

“I am so proud to stand with each and every one of you,” said OPSEU Regional Vice President Lucy Morton. “Your courage and your solidarity are an inspiration.”

“The battle you’re facing here is the exact same battle that our members are facing in Thunder Bay,” said Carrie. “Together, we’ll make sure that greed isn’t allowed to control us, and that you get the respect you deserve for the valuable work you do.”

“As you stand up for your rights, you’re standing up for the rights of all working people in Ontario,” said Coates. “You’re inspiring us all to work together and show our employers and our government that we won’t back down.”

For the Local 276 members, the show of support was overwhelming.

“When I saw all of those people coming down the street to support us, it felt like a big, warm hug,” said one of the strikers. “I know that it’s the right thing to do, but it’s not always easy being on strike. Seeing the crowd here today reminded me that we’re not alone.” 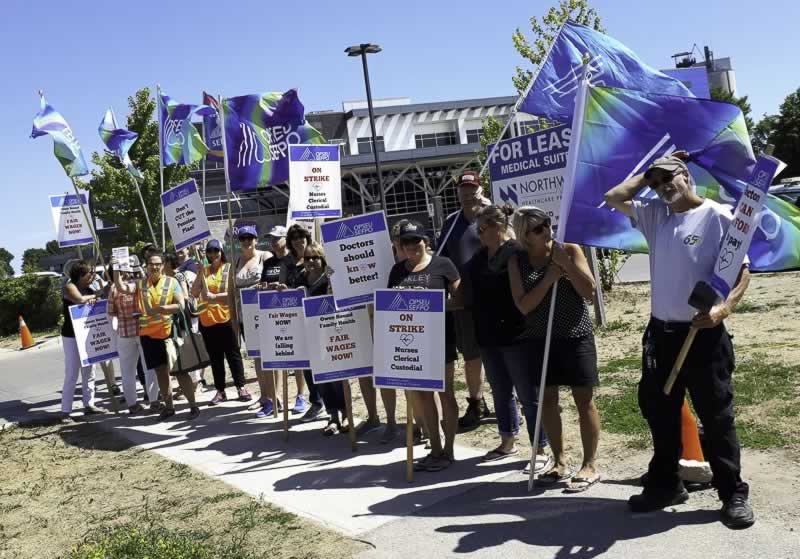 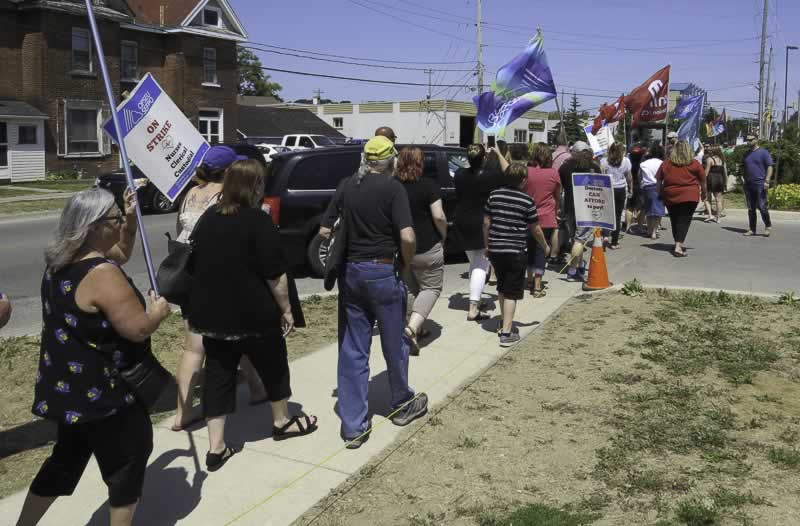 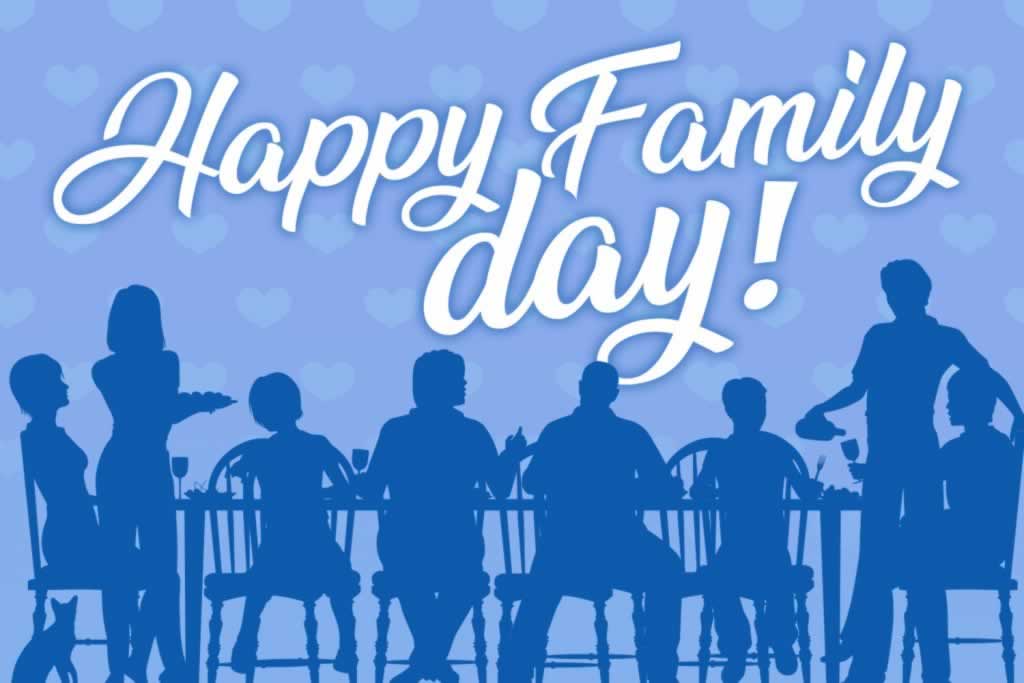 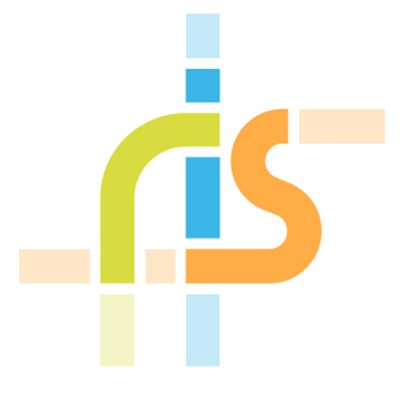 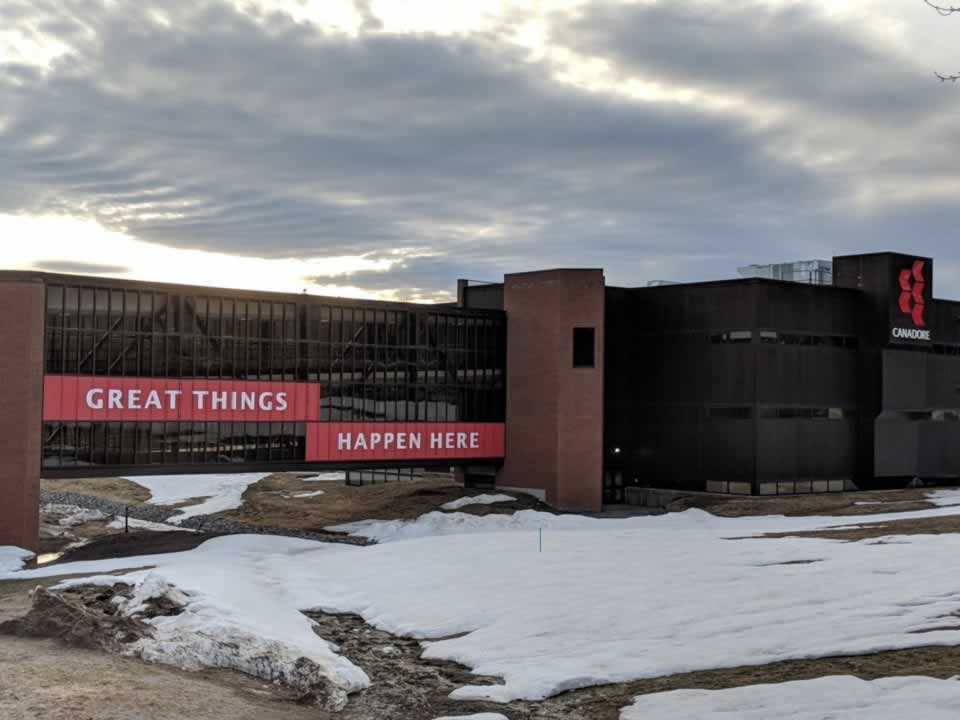 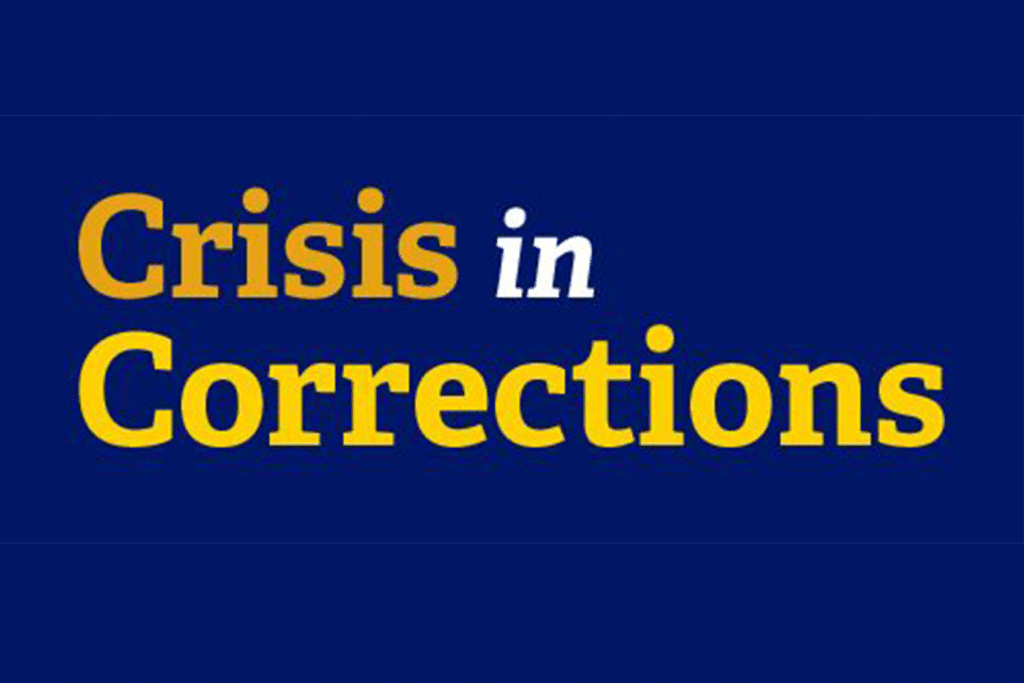